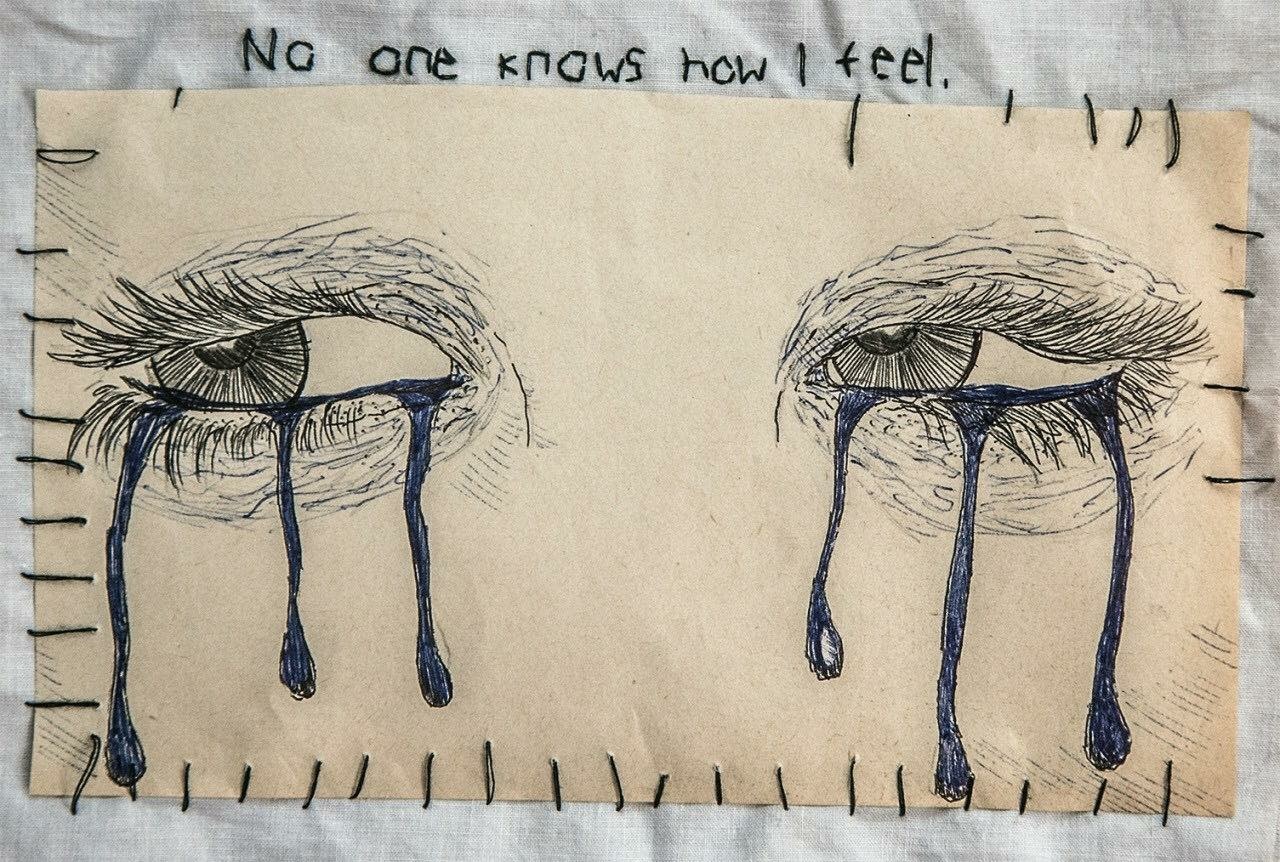 My first boyfriend was sweet. He cared for me and wanted me to be happy because I wasn’t. He also helped me get away from bad habits. I don’t know why I cheated on him. I always do the wrong thing, because I guess I’m attracted to destruction. My relationship after that is the second one I cheated on.

We’d seen each other before in middle school. Then, I transferred high schools. The year after I transferred, he did too. For me, it was an attraction at first sight, but he later told me that his first thought when he saw me was that I was easy. I don’t know why he thought that, since I was wearing a full coverage school uniform. We later started talking and decided to meet up after curfew; even though we live in the middle of the county, we live near each other.

We met behind a bunch of trees that blocked us from the road. We put a blanket down in between the trees and the empty cornfield and just lay under the stars and talked. We were supposed to be home at 10, but we were out until 3 am. He was everything I ever wanted. He was insanely attractive, he traveled, he was skillful, and he was a gentleman (at least at that moment).

He asked me out that night. We had sex a few nights later. I don’t regret it, though. Very soon, we started arguing a lot. He called me horrible names. I have a small history and he put me down for it. He said he felt disgusting for being with me sexually, yet used me for it still. What kept me with him was our good times, because they overpowered the bad ones.

My friends started telling me to leave him and said they didn’t trust him. One of them accused him of cheating. (She) had no evidence so I didn’t believe (her) because she wouldn’t show me. One night it got to me, and being destructive as I am, I cheated out of spite. The very next day, one of my friends got hold of the Facebook messages between me and the guy I cheated with. She showed my boyfriend right away. I felt disgusting and so stupid. Not only for cheating but for having friends who wouldn’t tell me if my boyfriend was cheating, but then switched it around when I cheated. My boyfriend yelled at me, but he said he loved me and didn’t want it to end. We remained a secret from the public. We still had really good times, but our arguments were worse. He called me “whore” and said that no one would ever love me. He pushed me over the edge and I relapsed. We were in his garage and he threw razors at me, telling me to go deeper. I tried leaving, he wouldn’t let me. He tried leaving, I wouldn’t let him. He got people to bully me and target me. He spread rumors  about me.

There was love in there somewhere, a manipulative kind of love. I know there was a love because of his emotions. I was his best friend, he told me things he didn’t tell anyone. Eventually he vented to his parents. They took both of us to get tested and talked with us. I’m thankful for that. But it still went on. Why did he hurt me so much? It’s been a year since we broke up and he’s been in two relationships. He cheated in both. I think deep down he still loves me. He called me the other night and I was foolish. We took a midnight drive together. It was nice. We caught up. He asked why I hated him. I said because he treated me terribly. He was confused. He tried cheating on his girlfriend that night with me, but I wouldn’t let him. My best friend, who is my current boyfriend and the only one I haven’t been impulsive with, was asleep probably dreaming of us. I wasn’t gonna let him go. Why does my ex still try, though, if he seemed to hate me so much? I hate admitting this, but I will always have a kind of love for him.